After one week of the launched of iOS 11 Apple released iOS 11.0.1 . And now after two-week Apple again released another update for iOS 11. The update version is named as iOS 11.0.2.

There are many bug and issue on iOS 11 , mentioned by several iOS 11 device users like battery life issue , problem with email attachment , Annoying unwanted noise on iPhone 8 and iPhone 8 plus while making calls etc.

Apple claim that they have fix three the major bugs on iOS 11.0.2 version. The iOS 11.0.2 is officially publicly available for all the eligible device. One can download ios 11.0.2 update by going to settings > General > Software update.

iPhone 8 and 8 plus user previously mentioned that they are facing some issues on like crackling sounds while making phone calls and face time calls. Which can be over come by using headphone. Apple on September told that their team are working on it. Now finally they solve the problem with iOS 11.0.2 update.

There is some issues with hidden photos on iOS 11. The Album of the photos are shown that there are some photos but when you click on the album it use to be empty. Hidden photos are supposed to be hidden from Moments, years and collections but on iOS 11 it happens that photos get hidden even under ” All Photos” in the album when viewed as all. Which is considered as bug. Apple now fixed on iOS 11.0.2.

Even there was an error , “Cannot Send Mail. The message was rejected by the server.” Those email account hosted on Microsoft , Outlook.com or Office 365, or an Exchange Server 2016 running on Windows Server 2016, they get this error while trying to send email. Also there was issue with email attachment. Apple fixed it too on iOS 11.0.2 update.

Below are the three bug fixes included on iOS 11.0.2 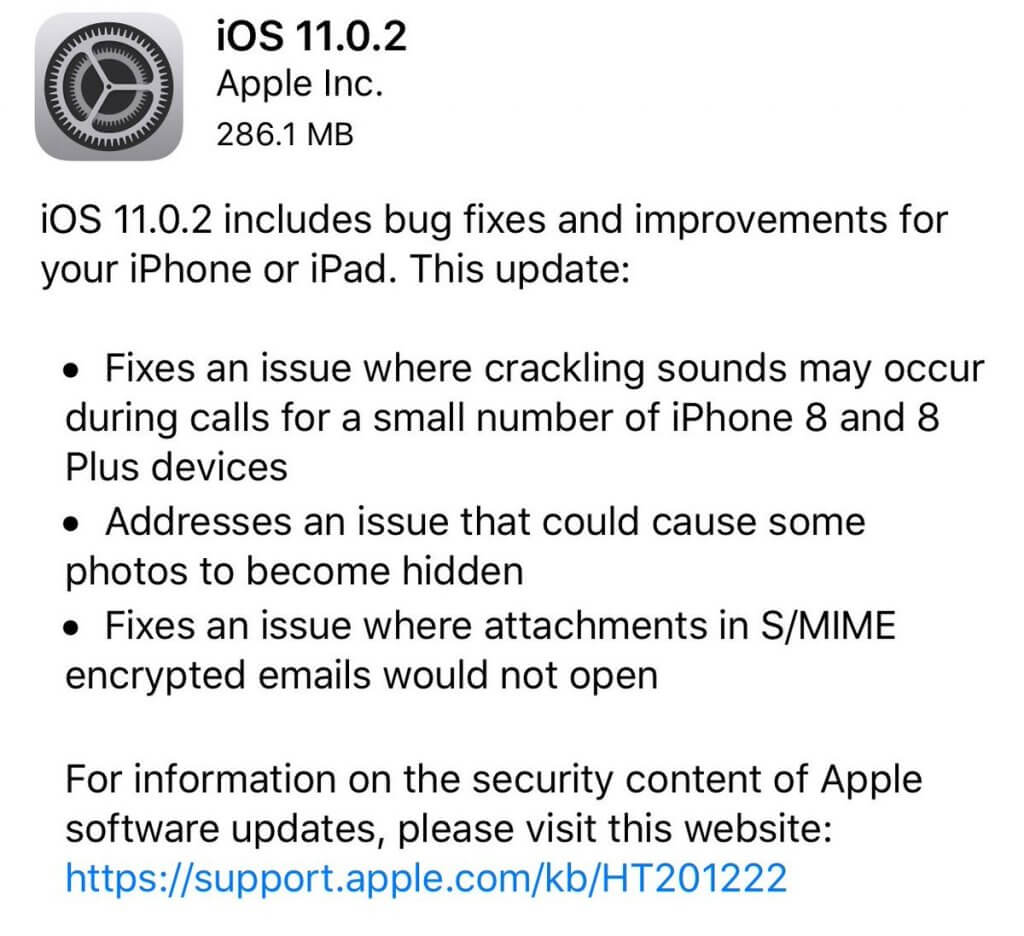 So, this was a complete details of iOS 11.0.2 update , If you have got the update already do let us know your experience with iOS 11.0.2 by commenting down below.

How To Get Paid To Write Subtitles and Captions Online

How To Get Paid To Write Poems: 10 Sites To Sell Poems For Money

Connect with us On !!